PrivateBlogDevelopment of your baby and your body during pregnancy
Pregnancy

Development of your baby and your body during pregnancy

Whether you are pregnant from egg donation or not, pregnancy is both an exciting and hard journey towards your biggest wish. In this blog piece we try to outline the changes in your body and baby during the three trimesters.

Bodily changes during the first trimester

In the beginning of the pregnancy, the bodily changes are not that visible. Most women experience nausea, cravings, mood swings and a heightened sense of smell. There are a lot of different signs of pregnancy, which often shows differently in each woman.

Your baby´s development during the first trimester

During the first trimester the baby undergoes an amazing transformation from almost nothing to a fully formed baby. At first, the fetus´ heart and lungs are developed as well as the brain, nerves, spinal cord, arms, and legs. By the end of the first trimester between weeks 9 - 13, the baby is 4,5 centimetres long – the size of a plum.

At this time the baby is developed enough for the fertility doctor to perform a nuchal translucency scanning, where the baby is examined for chromosome disorders and the date of birth is determined. 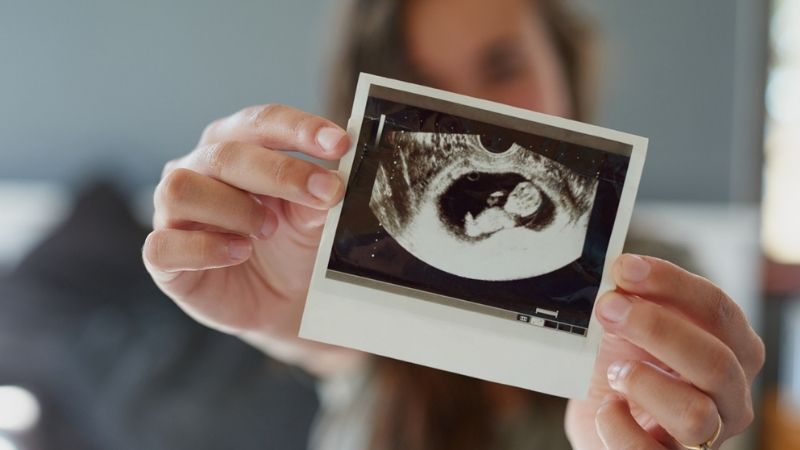 Bodily changes during the second trimester

In the second trimester your stomach starts to grow, and the baby bump often starts showing. As the baby grows bigger, you may experience the weight of it more, which for some causes body aches, such as back, abdomen or thigh pain. During the second trimester around 24+0 weeks, you start to feel the baby move. At first, the movement will feel like bubbles in the abdomen but later, when the baby grow, more like kicks.

Other changes in the body may include:

Your baby´s development during the second trimester

During the second trimester, the baby´s appearance continues to grow as the nails, eyelashes, and eyelids are forming. It is also during this period, where the genitalia and hearing is developed.

In the end of the second trimester, the baby starts to have a regular sleep/wake cycle and the hair begins to grow. It is also time for the second ultrasound, where the focus is on the baby´s organs, how the baby is growing and the placenta´s position in the uterus. It is also during this scan that it can be possible to detect the sex of the baby. At this stage the baby is about 30 centimetres long and weighs about 900 grams – about the size of a cauliflower. 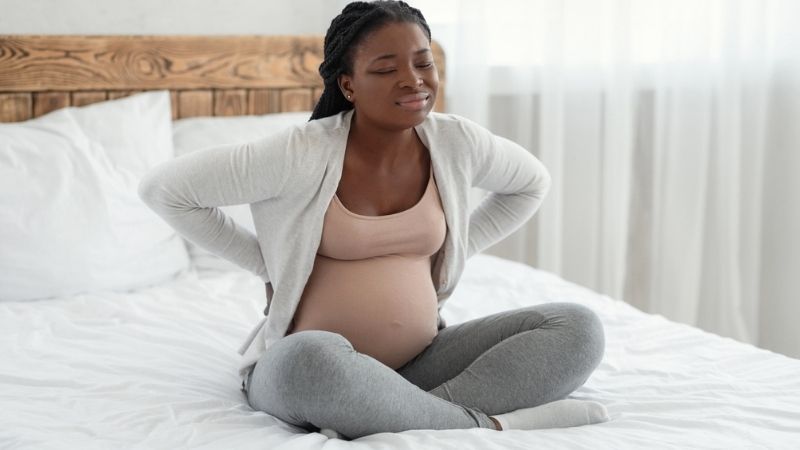 Bodily changes during the third trimester

Some of the new bodily changes include:

Your baby´s development during the third trimester

During the third and final trimester one of the most important missions for the baby is building and reserving body fat so it is ready to face the world. Most of the functions in the baby´s body is fully developed, which is also the case for the hearing. Your baby is now able to respond to stimuli like light, sound, and pain.

In the last stretch of the pregnancy, the baby is getting ready for birth by moving down the woman´s pelvis, usually in a head-down position as it is ready to meet the world. The baby is also learning to coordinate its reflexes, so they can close their eyes and turn their head. At this stage the average baby is about 51 centimetres and weighs between 3500 and 3700 grams.

Hopefully the third trimester ends with a successful birth of your child. If so, a huge congratulations are in order. We would also like to remind you to register your pregnancy to Cryos, so we know how many families each egg donor has helped. If you would like to hear from a person conceived with the help of donor eggs, follow the link to read our blog post about Katie who is egg donor-conceived.