With help from a sperm donor, Karen and Cathrine could start a family together

Couple Karen and Cathrine dreamed of starting a family together. Lesbian couples must consider many things when making the decision to start a family and they also need some help. Learn here how Karen and Cathrine became mothers with help from a sperm donor.

"Karen has always wanted to start a family. So much in fact that she would have done it on her own if she had not found the right partner. However, I wasn’t sure if I wanted to have children right away. Perhaps mostly because I couldn’t imagine myself being pregnant. But my feelings changed over the first years of our relationship and eventually, it became quite natural for both of us to think that we should do this together. 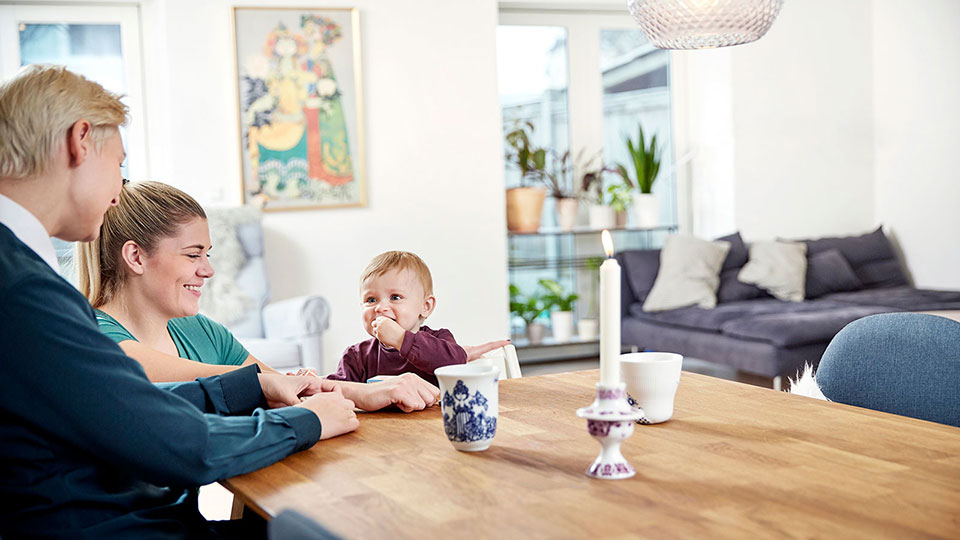 What is the right thing for us and for the child?

When two women decide to have a child together, many things have to be considered. For example: What is right for us? What is right for the child? These were some of the questions we asked ourselves over the years and now we believed that we had made the right choice – both for us and for our coming child. Our considerations especially focussed on two questions:

Should the donor be someone we know? We quickly rejected that option. We wanted a child who was ours, and we didn’t want to bring up a child with other people.

Should we use an ID Release Donor, whom our child would be able to contact later in life? I wasn’t sure about this because would it mean a third person would become involved? After seeing different documentaries about donor children and their desire to learn about their biological origins, we also agreed on that. We wanted our child to be able to contact the donor later in life.

We wanted to know as much as possible about our donor, so we looked for a sperm donor with an Extended Profile. We looked at hundreds of profiles. The first thing we decided on was hair and skin colour. We wanted a child that looked like both of us. We also placed a lot of importance on the donor’s values, characteristics and interests. We were not looking for a genius or the most physically attractive donor. Instead, we looked for a donor who felt right and who was appealing to us.

Finally, we narrowed the choice to two donors. Both of them had brilliant profiles. And the pictures of the children on both profiles looked like children who could have been ours – and that felt fantastic!

Karen preferred one, and I preferred the other. In the end, it was the nationality of the donors that decided it. One donor was American, and the other was Danish. We chose the Danish donor. We live in Denmark so it would likely be much easier for our son to contact the donor when he turned 18 – if that was what he wanted to do.

We went to a meeting at the fertility clinic; things went really fast after that. After four attempts, Karen became pregnant. We were very happy and a little tired. Karen got out of bed at 4 o’clock in the morning, because could not wait any longer to take a pregnancy test that day.
Catherine woke up shortly after – we both cried from happiness.

We told our families on the same day. They were obviously part of the process and the people who were closest to us, who had followed the process very, very closely. It was not a secret that we were trying to have a child, and it was really liberating to be able to share our joy immediately.

Our son shall know he is a donor child

We cannot hide this from our son, and we don’t want to. We believe it is important to tell him and to talk with him about how he came into the world. If we hid it or avoided talking about it, it would be as if we had told him there is something wrong in being a donor child. And we never want him to feel that way."

Karen and Cathrine are fictitious names and the used images are stock photos, as the couple wishes to remain anonymous.