A personal story about male infertility and sperm donation

In 2013, JR Silver and his wife began their fertility journey. The year after, they found out that JR was infertile. In this blog post, JR shares his personal story about infertility and sperm donation, and how this led him and his wife to write a children’s book.

JR Silver is the UK based author behind the illustrated children’s book, “Sharing Seeds”, a donor sperm story for mummy, daddy and children. JR wrote Sharing Seeds after he and his wife had struggled with infertility, and eventually had two children with the help of a sperm donor. We have asked JR Silver to tell us his and his wife’s fertility story and how the book Sharing Seeds came to be.

“My wife and I were married in October 2012 and we started our fertility journey in 2013: this was shortly after my older sister and I had both tested positive for the BRCA1 cancer gene and several months before we also discovered I had a severe underlying fertility issue - what were the odds?!”

“For those that do not know, BRCA1 is a gene that was historically little publicised, in no small part due to the stigma attached with women inheriting a significantly increased risk of breast and/or ovarian cancer. We are fortunate enough to live in a time where knowledge is much better shared and medical science so very advanced, with the best doctors available to treat cancer and celebrities such as Angelina Jolie using their celebrity status to raise awareness of inherited conditions such as BRCA1.

Unfortunately, my sister did not live to see the end of 2013, diagnosed with a very aggressive triple-negative form of breast cancer in March 2013 despite the very best in medical treatment. Nevertheless, my sister’s memory lives on, as she left behind an amazingly strong husband and two precious young daughters who continue to do her so very proud.”

A diagnosis of infertility

“Spurred on by my sister’s ill-fated prognosis, my wife and I initially visited a central London fertility clinic as potential PGD (pre-implantation genetic diagnosis) patients in late 2013, looking into using my sperm and my wife’s eggs to create BRCA1-free embryos. We then opted to do nothing other than continuing to (mainly!) enjoy trying to conceive naturally. However, 8 months passed, taking us to the Easter of 2014, and so far no immaculate conception. My wife and I both had fertility tests and, a few weeks later, were stunned to learn of my infertility diagnosis.”

Verena and Enrico was also diagnosed with male infertility, read how they coped with the diagnosis and used a sperm donor to get pregnant.

“The next 12 months saw my stomach receiving bi-daily testosterone injections and lots of healthy eating (a walnut heavy diet!) before my testicles were operated on, in a desperate bid to retrieve healthy sperm: the first operation failed but a second operation was scheduled for June of 2015, in tandem with my wife's first embryo collection, more in hope than expectation that some of my sperm could be extracted for embryo fertilisation.

9 heroic sperm were somehow retrieved and these sperm battled on, paired with 9 of my wife’s finest eggs, 6 of which combined to form tiny embryos: it appeared my wife’s eggs and my seeds were compatible after all. two of these embryos soldiered on to reach the blastocyst stage, suitable for implantation in my wife’s uterus.”

“A few weeks later, armed with the first of many future pregnancy tests, we waited the 3-minute wait that so many couples have had to endure. Sadly there was no second black line after the 180 seconds passed, nor any happy smiling faces. And yet, whilst this final setback was hard to accept, it was something I had always feared at the back of my mind, never the alpha male in the pack, especially once my wife and I struggled to conceive naturally.”

Appreciating waking up every day

“So perhaps this sense of foreboding had long started to prepare me for dealing with this outcome but I have also been incredibly lucky to be surrounded by close family, friends and counselling. And, I think most crucially, I had perspective acquired from the recent loss of my beloved sister, greatly appreciative of simply waking up every new day. And, of course, not being able to use my own sperm came with the huge bonus of eliminating the dreaded BRCA 1 gene.” 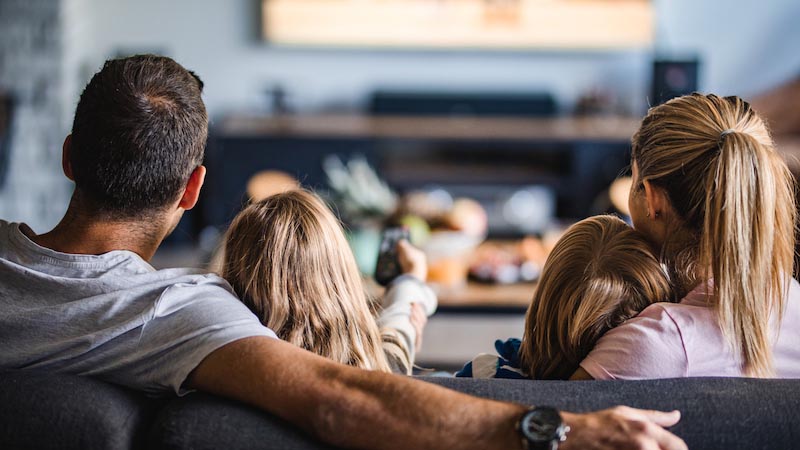 A world of donor sperm

“Spurred on by these positive thoughts, we embarked on the intriguing world of donor sperm. This was not the first time we had considered it but it was only when we knew my situation was irretrievable that we were ready to accept and embrace it. And what a wonderful opportunity it presented and quite good fun along the way, with us opting (at my insistence!) to see pictures of potential donors before making our selection.”

No stigma, shame or secrets

“The other dilemma was whether to proceed with ID Release or Non-ID Release Sperm Donor: it was important to us to be transparent and honest with any children we were lucky enough to have: in particular, we are fortunate to live at a time that is mostly accepting of everyone’s differences and, for us using donor sperm, we did not want any stigma or shame attached.

We have, therefore, really bought into the modern ethos that parents should tell donor-conceived children of their very special origins from a young age, rather than hiding it away as a murky secret. So we gladly embraced the non-anonymous option, albeit I appreciate the same decision may not be reached by other prospective parents.”

“You probably think I’m reaching the end of our story, now we had dusted ourselves off again and picked our sperm donor and were mentally ready to crack on. But, as was so often to be the case, each time a baby-making door appeared to be opening, someone slammed it abruptly shut in our faces: the next year saw a litany of further setbacks: in the Autumn of 2015, my wife conceived first time around with our chosen sperm donor via IUI treatment (Intra Uterine Insemination), only for that child (a female) to be taken from us at 8 weeks due to a miscarriage. We tried again with IUI, around the turn of the year, this time without success and, with time not necessarily on my wife’s side (she was nearly 37), decided to go bravely back into the complex and physically draining world of IVF. For, whilst IUI had had a 50% success rate for us, we were told that miscarriages were more common this way and that IVF may allow us to freeze some embryos on my wife's next treatment cycle.

And so we traipsed back and forth to central London, my dedicated wife taking on the lion’s share of the lonely train journeys, long waits to see doctors, more poking and prodding, pain and suffering and, of course, injections galore. My wife is hardcore, especially when it comes to injections but, stoic as she had been in bearing the treatment brunt following my fertility failures, someone up there really did want to push her to her limits. The IUI miscarriage of Autumn 2015 was followed by IVF success but then a painful ectopic pregnancy in the Spring of 2016, as what could have been our second child got stuck in one of my wife’s narrow fallopian tubes and was again taken from us at just a few weeks old. My wife battled on, enduring a failed frozen IVF cycle before she finally fell pregnant again late in 2016. And this time the Gods were finally smiling on us.”

“We move forward now 5 years and ours is a truly blessed picture: we have two children, boy and a girl, conceived via the same sperm donor and both equally loved by mother and father, each day bringing so much joy. So yes, we had to sacrifice to get here, time and money, body and soul but it was so very worth it. I am also conscious that not every story has a happy outcome, as my own personal fertility issues could not be directly fixed and I also lost my older sister.” 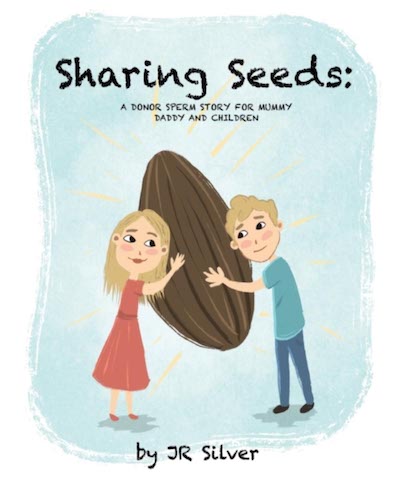 “And finally a golden moment from last summer’s lockdown: looking for suitable reading material for our oldest, I decided to write something myself, and then partnered with an illustrator to bring the book to life. I have now self-published “Sharing Seeds”: it is approximately 500 words long, with 21 colour images and I genuinely believe the story is a fun and informative read for parents to read to and with their children, whether conceived via fertility treatment or otherwise. I have in mind to produce a series of children’s books under the "Sharing Seeds" name, as there are many different fertility stories that are out there waiting to be told and hopefully help others find their way and be accepted in this constantly evolving world.”

A huge thank you to JR Silver for sharing his and his wife’s very personal fertility journey. You can find the book Sharing Seeds here or visit the Instagram account linked to the book here.

If you want to read more on the subject, we have gathered 5 articles about male infertility from our online portal all-about-fertility.com, that you should read. We can also recommend you to read our blog post on how to cope with infertility, if you are suffering from fertility problems.