PrivateBlogFertility treatment abroad: When Phoebe and her wife went to Denmark
Infertility and treatment, LGBT

Fertility treatment abroad: When Phoebe and her wife went to Denmark

In some cases, it can be more attractive to receive fertility treatment abroad. There may be different reasons for this, but no matter the reason, travelling to another country than your home country for treatment is often associated with different questions: Where to go? Where to stay? For how long? And how does it all work? In this post, you can get an idea of what the process can be like, as Phoebe shares her and her wife's story with us.

What made you and your wife make the decision to get fertility treatment abroad?

"We had looked at fertility treatment in the UK but felt that clinics here are very much focused on treating infertility in heterosexual couples, and the ambience of one of the clinics we visited wasn't very relaxing!"

"My wife did a lot of research before we settled on a destination. We had been to Copenhagen on holiday a couple of years previously and really loved the city, so it was quite an easy decision in the end. We also really liked the look and feel of the clinic, where we ended up going for treatment. In terms of cost, it worked out comparable to the same treatment here in the UK."

Can you describe the process from decision to departure?

"Once we had decided where we wanted to go for treatment, we contacted the clinic and arranged a skype consultation. I had to have some blood tests done, and once all the results were back and there were no problems I started tracking my ovulation. I think we took the plunge and went to the clinic after a couple of months." 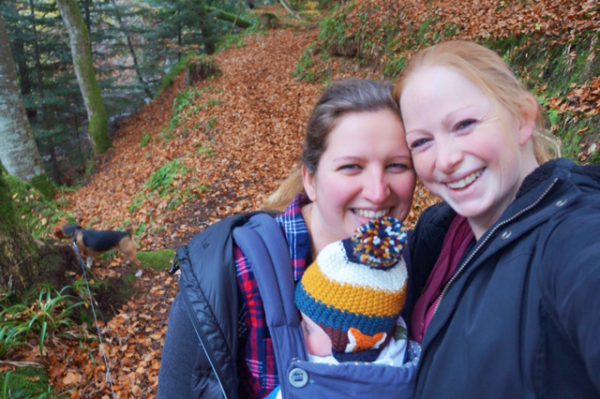 How was it for you and your wife to choose a sperm donor?

"We had very few specifications when it came to choosing a sperm donor, so after we had discussed our preferences with the clinic they gave us a list of four possible sperm donors, and we both agreed on the same one immediately. Although the donor is obviously a vital part of having a baby if you want to become lesbian parents, and we didn't want to put too much emphasis on finding out all of the details about the donor as ultimately any child born would be mine and my wife's!"

How was your stay in Denmark and how did the treatment go?

"Mostly we flew to Copenhagen and back again on the same day, so it was quite stressful, but it was the only way to do it so as not to miss too much work. On a couple of occasions if it was over a weekend we would book into a hotel in central Copenhagen and stay overnight so we could relax a bit more. We ended up going five times in total. We were actually successful on the second attempt but unfortunately, I had a miscarriage, and then it took a further three attempts. Every time the clinic staff was fantastic."

How was the time after the fertility treatment abroad?

"Immediately after the treatment we always made sure to relax at the clinic for as long as possible before heading back to the airport. The two weeks wait after IUI was always awful - I'd start to second guess my body. I was always hopeful that it would be successful though, although my wife was always more worried than me." 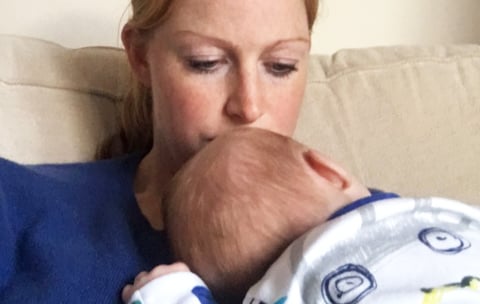 Would you do it again?

"Definitely! We have already bought some more sperm from the same donor and it's in storage at the clinic ready for when we think it's a good time to extend our family!"

Do you have any advice for other women who consider going to Denmark or another country to receive fertility treatment abroad?

"Do it! You won't be disappointed by the amazing people who work in the clinics and the level of empathy and kindness you receive. Having a baby by whatever method will always be a rollercoaster of emotions, but I wouldn't hesitate to recommend Denmark as a place to go for fertility treatment!"