PrivateBlogHow to talk to your child about being a donor child?
Parents to donor-conceived children

How to talk to your child about being a donor child? 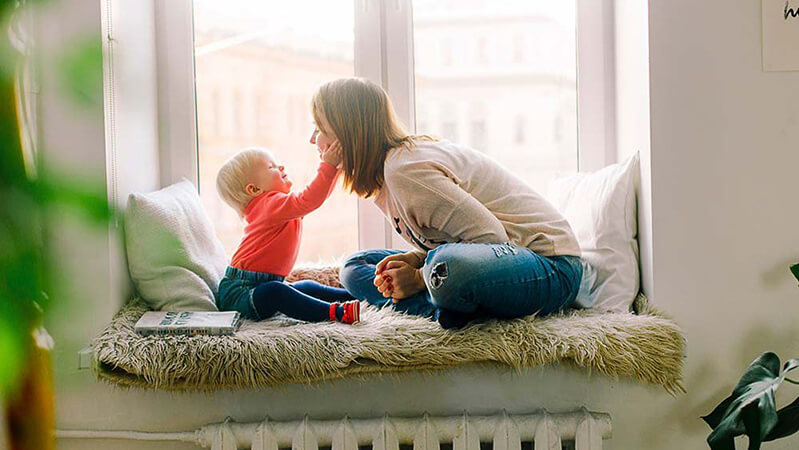 Most children will at some point in life ask questions about how they came into this world. This is the same for donor-conceived children, however, their story is a bit different. To have a conversation with your child about being a donor child can be a bit tricky. When should you tell, what to say and which reaction to expect? Therefore, we have gathered a few tips about telling your donor child the story.

Why should you tell your child that he/she is donor-conceived?

Over the years there has been a big debate about whether parents should tell their children about donor conception or not. It is always up to each family to decide if and how the child should know the story. According to Professor of Family Research, Susan Golombok, there has, however, been a growing opinion that telling is the right thing to do.

As you are reading this post, there is a good chance that you have already decided to talk to your (future) child about being a donor child. But if you are still considering if this is the right thing to do – or if you would just like to have your choice confirmed – take a look at the reasons below:

You can read some good advice on how to talk to your child about donor conception here.

Telling is a process

For most parents to donor-conceived children, the basic elements of the story will be more or less something like: “I/We wanted you so much, it was difficult to get you and I/we tried different things. Finally, I/we got you and we're so grateful for that!”. However, how many details you should add to the story depends on the age of the child.

The Donor Conception Network recommends telling the child when he/she is under the age of five. The goal of this is to make the awareness of the donor an integrated part of the child’s life. It also helps make sure that there is never a time where the child doesn’t know the truth. The studies of Susan Golombok also indicate that children who are told before school age have better relationships with their parents. Telling when the child is this young will, however, be a process. The child will not need and understand a detailed version of the story from the start. As the child grows up and expands his/her understanding and cognitive abilities, more and more information can be added.

Which words to use about the donor?

What kind of reaction to expect from your child?

Depending on your child's age and the way you choose to tell the story, the reaction might be anything from “Can I have a snack” to “What does a sperm cell look like?” Younger children often don’t worry so much about genetics, while older children tend to reflect more. If the last thing is the case, it is important to support the child’s wishes and check in again later to talk about the topic, when the information has sunk in and more possible questions appear. Remember that curiosity is not a sign of turning away from the non-genetic parent if there is one.

Here you can read donor child Emma's story about how she felt growing up as a donor child. You can also read more about talking to your child about donor conception here.