Approximately 15% of all detected pregnancies end in a miscarriage and most of them happen within the first 12 weeks of pregnancy. If you are in fertility treatment with either IVF or ICSI, the chances of miscarriage are higher – when in treatment the chances are about 15-30% of having a miscarriage. This may be because the average age of IVF patients is also higher.

What is a miscarriage?

A miscarriage means that the pregnancy ends within the 23rd week (22 weeks+6 days) of pregnancy.

A miscarriage is unexpected, unwanted and puts a brutal stop to something that could have been one of the happiest times of your life. For some, the experience of a miscarriage will follow them for the rest of their life. Some feel guilty after having a miscarriage, but it is also important to know that an early miscarriage is not something you could have had an impact on. It is natural selection since a large part of these pregnancies cannot lead to a healthy and living child.

It is important to remember that a miscarriage is quite common and happens to all types of women, it does not matter if you are a single mother by choice, lesbian parents or in a heterosexual relationship. You are not alone, and it can be a good idea to reach out to someone who may have had a similar experience or talk to family, friends, or your doctor.

Causes that can lead to a miscarriage 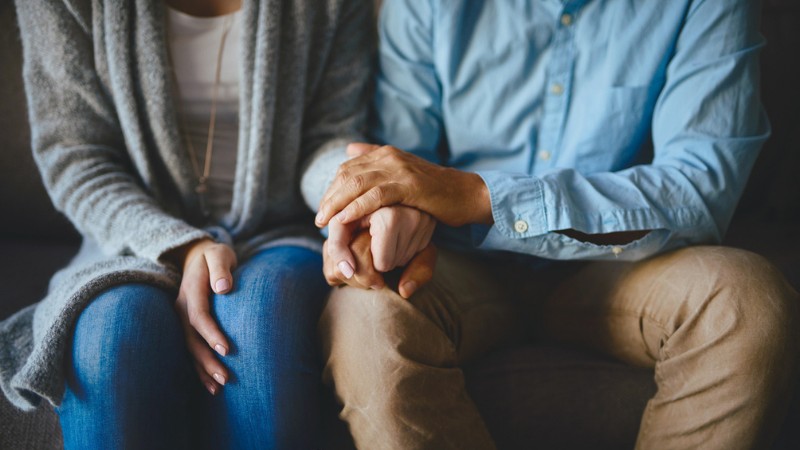 The symptoms of miscarriage – and how to handle them

A miscarriage usually manifests itself in severe menstrual cramps and bleeding. If you experience this when pregnant, you should always consult a doctor or your midwife.

When arriving at the doctors or the hospital, a gynecological examination is performed to see if the cervix is ​​open or closed. The doctor will assess the bleeding and possibly do an ultrasound scan to see whether it is a miscarriage or just bleeding during the early pregnancy. If a miscarriage has already begun, there is no treatment to prevent it. It usually happens without any complications, and you can take painkillers for the pain and cramps. In most cases the body handles the miscarriage itself, but in some cases, there may be tissue left in the uterus which must be removed medically. This is done under general anesthesia, where the doctor will remove all remaining tissue in the uterus.

After a miscarriage, the pregnancy hormone HCG may still be present in the blood for up to 8 weeks after. This means that a pregnancy test will still show positive even if you are no longer pregnant.

What is a missed abortion?

A missed abortion is another type of miscarriage in which the actual expulsion of the fetus has not taken place. This means that the fetus has passed away, but it remains inside the uterus for a while before it is expelled. This is ascertained by an ultrasound scan. Therefore, the deceased fetus must be removed from the uterus, which is done either with medical treatment or by having a scraping done.

Medical treatment will cause bleeding and severe menstrual cramps as the medication helps the uterus to contract and expel the fetus remaining tissue. It can extend over several days and after approximately a week you will be offered a control scan to check that all the tissue is expelled from the uterus. If there is still tissue left in the uterus, it is necessary with a scraping to remove the remains. A scraping takes place, as described above, under general anesthesia. You will receive painkillers for both procedures.

When can I get pregnant again after a miscarriage?

If you have had a miscarriage, future pregnancies will, in most cases, go well. After a miscarriage, you can get pregnant again during your next cycle, if you wish to do so. Some are best off waiting a cycle and others need to get started right away. The most important thing is, that you listen to yourself and do what you believe is the best for you.