PrivateBlogRainbow and same-sex families – an FAQ about the modern family
Parents to donor-conceived children, LGBT

Rainbow and same-sex families – an FAQ about the modern family

During the last couple of years, the number of rainbow and same-sex families has increased in the United Kingdom. In this blog post, we focus on the modern family and how love – not family structure – is the most important thing in a family.

What is the definition of same-sex families?

A rainbow family is a new term used to describe the many different families we have today – not just families with two parents of the same sex. The term is used to describe all the different types of families that do not include the “conventional” family of a man and a woman who had children together.

There are a lot of different structures when talking about rainbow families. Examples of these different types of family structure could be:

According to this study by the National Statistics in the United Kingdom, the number of same-sex families has been steadily increasing since 2015, and in 2020 the total number of families with same-sex parents in United Kingdom was 106.000.

The number does not include all types of rainbow families. Since the National Statistics does not exclude Single Parents by Choice from their statistics, it is hard to establish how many Single Mothers by Choice who live in United Kingdom, but most studies show that this category is also on the rise. This means that the total number of rainbow families in the United Kingdom is above 106.000 families. 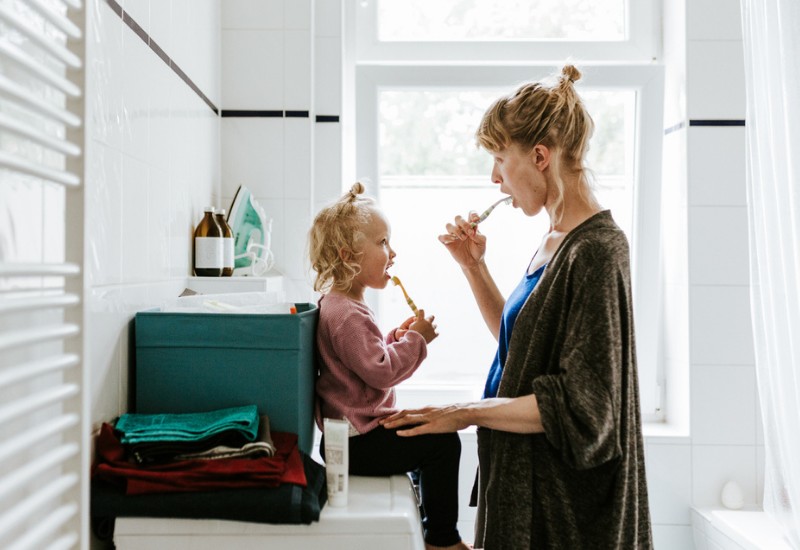 What are the laws regarding same-sex families?

Since adoption for non-married couples became legal in 2002, different organizations fought to make fertility treatment (e.g IUI treatment) an option for rainbow and same-sex families as well. The Human Fertilisation and Embryology Act was passed in 2008 which made it possible for every type of family to achieve their dreams of parenthood through fertility treatments. The law also included a paragraph that allows both partners to be considered as parents. Two years later, a Parental Order was added, which made gay men the legal parents in cases where a surrogate is used.

How are the children doing?

Children in rainbow or same-sex families are sometimes the victims of prejudices. The prejudices can come from classmates or parents of other children and is often based on a concern regarding their wellbeing. The concerns often focus on their role models or them not being a part of a nuclear family where the children are genetically related to their mother and father. There has always been a concern regarding new family structures, but a lot of research shows that the concerns are for nothing.

Susan Golombok, a professor in Family Research at the University of Cambridge, wrote the book We Are Family, which details how unimportant family structures are to a child´s wellbeing. The most important thing in the upbringing of a child is love, which luckily does not depend on neither the number nor sexuality of the parents. This has also been the learning from donor-conveiced people we have talked to. Follow the link to read the stories from the donor-conceived people we talked to.

An important aspect in rainbow and same-sex families, whether the children are adopted or conceived with the help of a sperm donor, is the children’s interest in how they came to be. Regarding children conceived with donor sperm, studies show that honesty is an important factor in their childhood. If you are interested in reading more about honesty in relationships between parents and donor-conceived children, we can recommend this blog piece on how Solo Mum by Choice Signe Fjord talked about donor conception with her daughter.