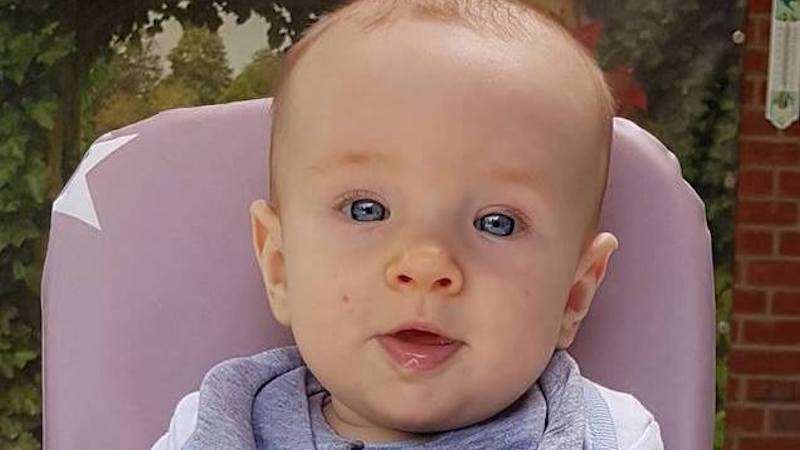 Angie, Single Mother by Choice, shares what made her make the decision to have a child on her own, and how she got pregnant using donor sperm from Cryos.

Becoming a Single Mother by Choice

"They say that hindsight is always 20/20. Well, if I had known what my life looked like now, I would have had my baby 10 years earlier. But, since I can’t turn back the clock, nor would I want to have missed the experiences (learning processes) from the past decade, there’s no time whining about it. The past has gone, only time to look to the future. The future with my gorgeous little boy.

I have always wanted to have children. Actually, I remember saying that I wanted 3 kids before my 21st birthday, preferably from three different fathers. Luckily that didn’t happen. I was still studying and trying to make something out of my life, out of myself. But the fatherless child has always been ‘around’, so to say."

The right man wasn't there

"Of course, I have had long relationships in my life. But, again luckily, no kids were born there. I am now really grateful for that though! The first guy wasn’t really nice and basically just broke me down to nothing. But he did want to have kids, and therefore the subject had passed through my brain. We broke up before the children-thing became an issue. The second long relationship was with a lovely boy, but he didn’t want to have children. That would have become a serious deal-breaker had we not split-up a few years later. He still doesn’t want kids, by the way. The last longer relationship was abroad, with a guy who didn’t want to have children either. Well, he thought he’d be a very bad father since he never had a really good example himself. One month, when I was late, he got scared and started thinking about having kids ‘for real’. He apparently decided he didn’t want any (not with me at least) because this was the start of us breaking up.

The past 10 years have been fun and weird for me. I left the ‘steady relationships’ behind and started roaming around. I’ve been travelling the world, living in various countries for longer periods of time and making lots of new friends. But, as you can guess, no boyfriend or father material found."

"Back in the Netherlands, 2 years ago, I found myself having a good job as a fitness instructor. I was earning money and started thinking about having children again. NOW was the time. Time to make drastic decisions. Was I going to live my life the way I was – roaming the earth, looking for that one thing I couldn’t find? Or was I going to be a mother? It was now or never!

It was going to cost a lot of money, but – since I was still 41 at the time – the insurance company would cover everything. I decided that it was better to become a mother. I did not ever ever ever want to regret my decision to NOT having children, and I already knew I would. I knew I could do this by myself probably better than with a guy around, so the decision was an easy one."

"So, the process started, and all my earnings were going to go to the sperm and treatments. I signed up with the sperm bank Cryos and looked through all the sperm donors. It took me a few days to find the perfect one. Yes, only a few times searching actually. I filled in some basics like height, weight and ethnicity – the rest didn’t really matter much, and I wanted the basic profile because the others were just too expensive for me.

The decisive factor was occupation though. I couldn’t ‘search’ for it, but it would show occupation in the donor information. That’s how I found my perfect donor - he has studied the same as me! I could imagine him and me having the same interests, the same visions or outlooks on life and more or less the same intelligence level. We could have been friends even. It was going to be HIM!"

42 years old - the chances were low

"As soon as I had enough money to buy 3 straws, I made an appointment at the clinic nearby, and after a few meetings – including 2 annoying (for me) talks with a psychologist – I was told to order the sperm for the first treatment next month.

Oh, boy, was I excited for that first treatment. Little did I know that these processes evolve around small chances, mathematical probabilities, and luck. But I was prepared to go all the way, as long I was still 42 (I got older, but insurance would cover this whole year)."

Going from IUI to IVF treatment

"After 3 IUI treatments, the doctor asked me if I wanted to try IVF/ICSI. They had told me, earlier on, that it would probably not work for me considering my age, that I wouldn’t have enough eggs to ‘harvest’. So, I was surprised to hear that I still had this option. Of course, I said YES, because the slightest chance of getting pregnant (age-wise included) through IUI, just got a little bigger. There was a catch though, I had to skip one month because there would not be enough time. Till this day I’m still not sure why I had to wait, but it doesn’t matter now anyway. It was just a bit sad because I was running out of time, and one month was a precious commodity.

Well, I had my period again, this time with a silver lining. I might be eligible for IVF, depending on ‘space’ in the clinic. Only a few ladies were allowed to have the treatment per day, because of the fact that the actual treatment had to be done in another lab. I called the clinic and was called back later that day. I was not selected this month for IVF, but they did tell me that I could have another IUI treatment. I agreed, but it didn’t work out."

"Second chance, treatment number 5, I was allowed to start the IVF/ICSI process. And to make a very long story a bit shorter… This treatment worked, resulting in the birth of my beautiful miracle baby-boy last January.

I’m so grateful for Cryos, the Dutch clinic and the kind donor. My boy is gorgeous and so sweet. I can’t imagine living without him!"

Connect with Single Mothers by Choice in our FB group