PrivateBlogSingle Mum by Choice: There I was, 38 years old and single
Single Mother by Choice, Parents to donor-conceived children

Single Mum by Choice: There I was, 38 years old and single

Marije from the Netherlands tells her story of how hope turned into happiness when she became a single mum by choice.

There I was, 38 years old and single

"We tried to get pregnant for two years with no luck. I tried to find the answer to why I did not get pregnant and got my tubes checked at a hospital. It turned out that one of my tubes was damaged because of an appendectomy operation I had when I was 16 years old. They tried to repair the damage, and I was told that I would still be able to get pregnant with just one tube if the damaged one would still not work. This reassured me. At that time, I did not know that my relationship with my boyfriend was not going to last.

There I was, 38 years old and single. All the dreams just went down the drain. This was never planned or expected. I did not have a plan B. It felt as if my throat collapsed and I could not breathe when I thought about never having a family. This was not how it was supposed to go. I really needed to get myself together and think of a plan B."

This was exactly what I needed

"I started looking for my plan B on the internet, but this was no easy task. My gynaecologist told me she could only help me if I had a “real” man at my side. I found it really hard to find the answer I knew was out there but after some time, I finally stumbled upon Cryos. This was exactly what I needed! This was the answer! But how did it work?

I knew I needed to get help from the hospital to conceive, and I knew that my chances of getting pregnant the natural way were really small. After some time, I found out where I could have the insemination done."

Becoming a single mum or giving up my dream of a family?

"I tried to talk to friends, colleagues and my parents about my plans. Their reactions were really different. I found it hard to deal with the people who were very sceptic about the concept of becoming a single mum by choice, but my close friends and my parents were the ones that really mattered. They were the ones I needed support from and the people who were going to support me if times were hard.

My parents saw the struggle I had deciding between becoming a single mum or letting go of the dream of having a family. This is not an easy decision. After some time, my mother told me that if this is what you really want to do then go and do it. This was what I needed to hear, and I picked up the phone to call the hospital that worked with Cryos." 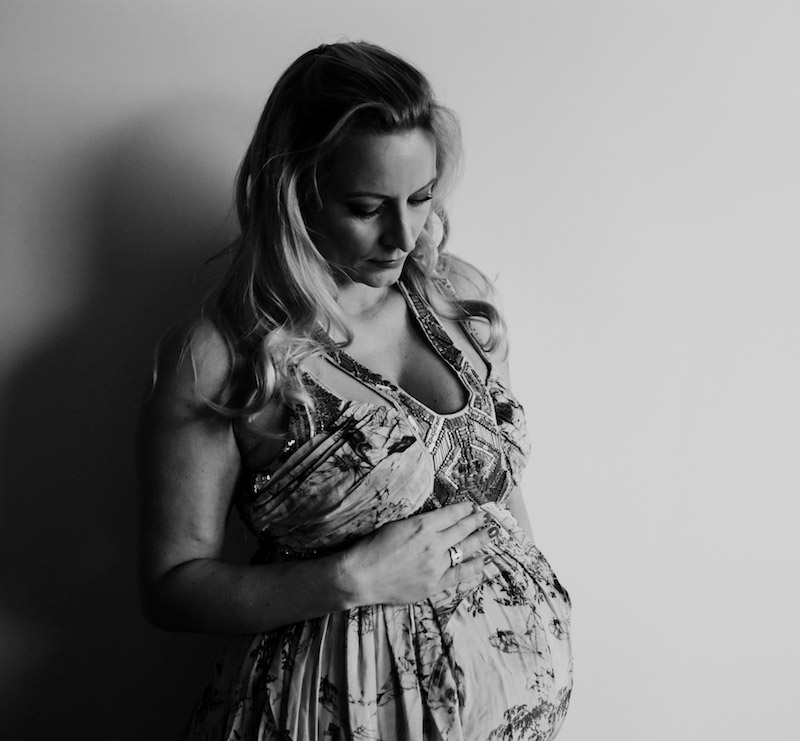 A last pursue of plan A

"I turned 39 years old and I felt the pressure getting harder. Was I ever going to be a mother like I had wanted to be ever since I was a little girl?

I did not know anyone else who had become a single mum by using donor sperm from Cryos. All the single mums I knew were from a broken relationship, meaning that all these kids have a dad – a dad that also wants, loves and supports them – and who provides for them financially. I am aware that the mum-dad-child situation is not always a fairy tale, but still. Those children have a dad that can answer their questions about life and that they can relate to.

Could I decide for my child that he or she should not get support from a dad? And will my child hate me for it later on? As I was considering these things, I still knew that I would never forgive myself if I did not try.

I dated men while also going ahead with my plan B. These dates were exiting, as all dates are, but what I was looking for on these dates was a partner for life and a man who could get me pregnant within a year. This would mean that I would not need to go with my plan B and that my dream of the happy “normal” family could come true – but that plan did not work. And the clock was ticking loudly in the background."

The green light from the hospital

"At my first appointment at the hospital, I was so excited and nervous. The appointment was with a psychologist who asked all the questions I had struggled with for all this time. This person needed the answers and all I could do was to tell her from my heart about all my doubts, all my pros and why I had wanted a child all my life. I cried and told her everything – the good and the bad.

After the appointment, I was wondering if I did okay. What did they think of me? And did they think I would be able to cope with the struggles as a single mum? They would let me know if I was qualified, and they told me that it would take some time to get the answer because it was a whole group of people that was going to make the decision. My fate was in their hands. This felt somehow a bit wrong, but this was the only way to proceed. In the meantime, I could visit the gynaecologist to see if my health was up to fertility treatment. The gynaecologist was also going to overlook the process along the way.

My health was fine, and I finally got the great news from the hospital that worked with Cryos. They supported me and gave me the green light to go ahead."

"Almost a year had gone by since I started my journey of becoming a single mum. I had already spent some time looking for the perfect sperm donor in Cryos’ Sperm Donor Search. This was no easy task, but I finally made the decision with the support from my mum.

We thought the story and the family tree of the donor had some resemblance to my own family and it felt good! His motivational letter really touched my heart. This was him."

Sitting in the waiting room alone

"The hospital team helped me order the tank with the sperm from my Cryos donor. This was not exactly like ordering other things on the internet, but it all came together perfectly and when the sperm straws, as it is called, were safely in the cooler of the hospital, we could finally start the insemination.

Before the first attempt, I was sitting in the waiting room alone. I thought I could deal with this fine on my own. And I could, but I felt alone. There were other people waiting as well, but they were all couples.

After some time, a woman came into the waiting room – also alone. I was thinking about asking her how she felt being there alone. I wanted to hear her thoughts about becoming a single mum. Maybe we could support each other. While I was over-thinking it, her husband or boyfriend came and sat next to her. OMG, I was so happy that I did not say anything. My head turned red and I felt even more alone." 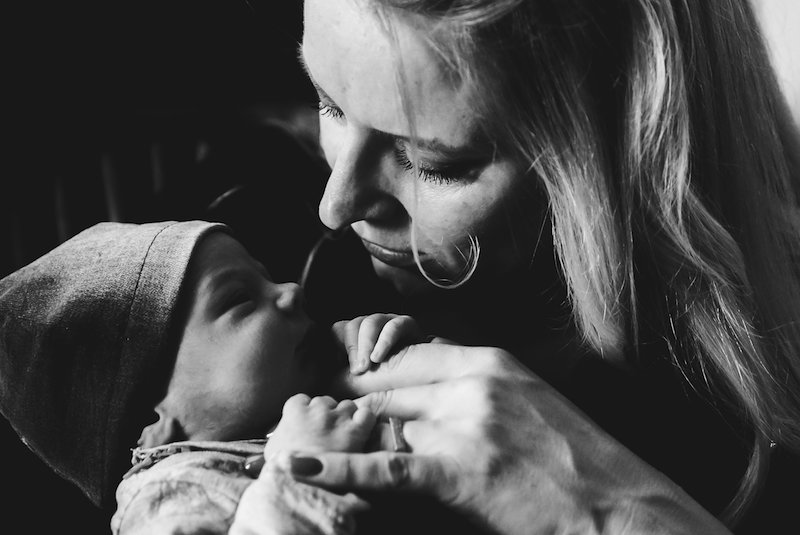 OMG, I was pregnant!

"My first two attempts failed and the idea of going there again made me so anxious. This was the last straw of my precious sperm in the hospital. If we did not succeed now, we had to make a new order.

I asked my mum to come with me for my third attempt. It felt good not to be alone. My mum seems to be my lucky charm because this time I got pregnant. OMG, I was pregnant!!!

I felt so overwhelmed. It is a feeling that is so hard to describe. I cried happy tears."

The other mums do not know the rules either

"What a good feeling to be pregnant. I was so grateful that I was so lucky to get to experience motherhood. I loved to go out in public to show off my big belly. I was really on top of the world.

I had as many echoscopes as I could have. I couldn’t get enough looking at my boy. Yes, I was going to be the mother of a boy! So, in a way, my other dream of having a man in the house was also fulfilled.

Of course, the doubts about if I had made the right decision to do this alone was still there. I questioned if I was good enough if I could do this alone if my son would hate me for choosing to have him this way. My girlfriends were great support and they told me that they also had doubts even though they did not have their children alone. They said that it was perfectly normal and that all mums have doubts.

I got a poster with the words “The other mums do not know the rules either” (in Dutch: “Die andere moeder doet ook maar wat”). It was nice to be reminded of that from time to time."

My son turned hope into happiness

"Two weeks before my due date, my water broke. It was all going to happen now. It was scary, but within a few hours, there he was. The most beautiful creature on the planet. My son, you really turned hope into happiness!

After birth, I stepped into a new world. A world where I was a mother.

When I look at my boy today, I wish I could send a picture of him to my donor. I would like to let him know what a beautiful person my son is – his face and his character. I would like to let him know how thankful I am. There are no words that can describe my gratitude to my donor. He must be a really good human being for doing this. I hope one day that he will know how beautiful a person he has helped bring into the world!

My son is now almost 9 months old and he is a real joy! It turned out that Plan B was not so bad after all. A real dream came true!" 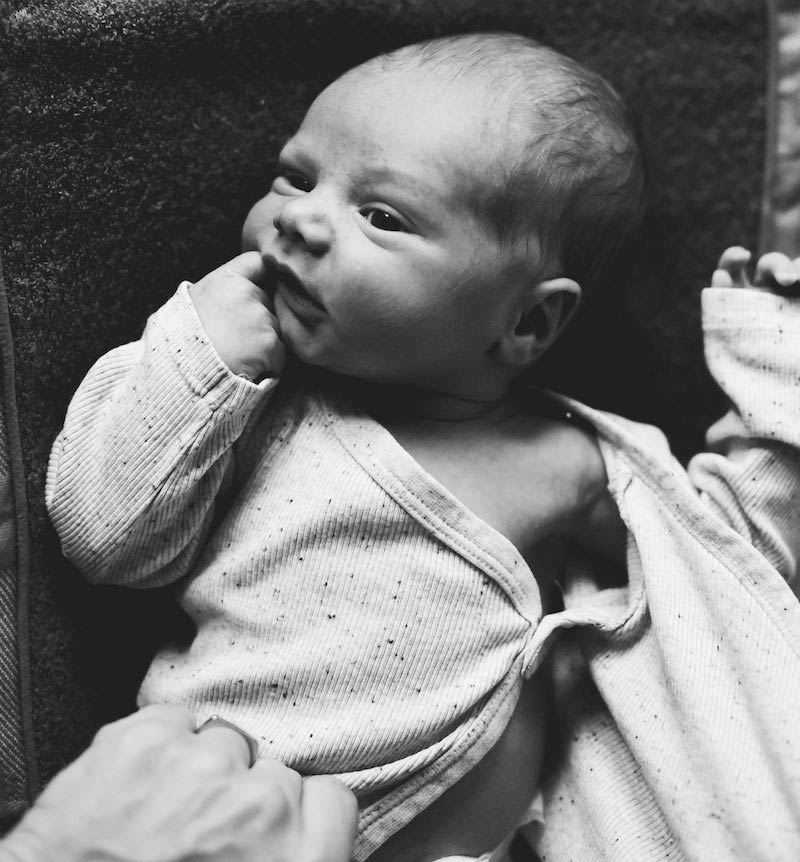 Connect with other solo mums by choice in our Facebook group

If you are considering to become a single mum, you may also be interested in Ellen's or Angie's single mum stories.