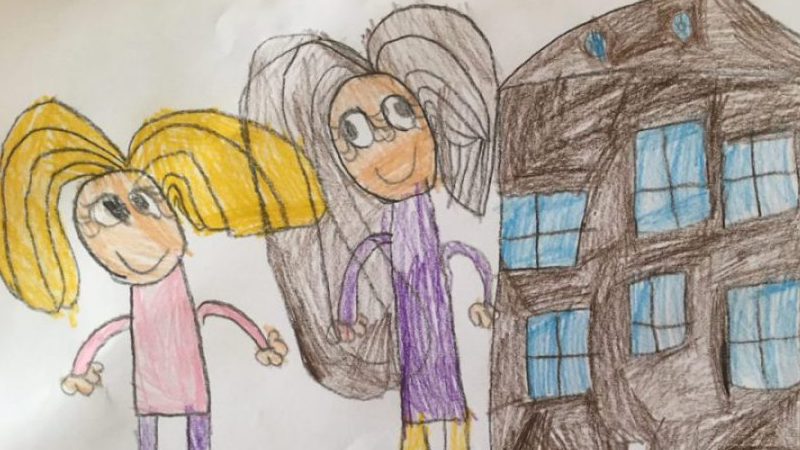 In 2012, Signe Fjord became a single mother by choice. Since then, she has become an author, speaker and coach on the subject. She has, among other things, written the book ‘Solo Mom to a Donor Child – The Decision’. In this interview, Signe answers questions about her decision and the process of becoming a solo mom by choice to her beautiful daughter. This includes how she prepared for the pregnancy and for becoming a mom.

How did you decide to become a solo mom?

Like many others, I imagined starting a family together with a man. In the first place, it also looked like this dream would come true when I, at the age of 28, married a wonderful Australian man. However, we never got any children together and were subsequently divorced when I was 32, and I moved back to Denmark.

I tried to find a new man, but when my biological clock was ticking with high pressure, dating was no success. I looked into many possibilities of starting my family. As a friendship family or together with a friends-couple, but it never felt right in my heart. The first time I heard about the option of getting help as a single woman from a sperm donor in a sperm bank, I was in shock. But the more I thought about it, the more it made sense to me.

As I describe it in my book ’Solo Mom to a Donor Child – The Decision’ the decision-making process was a little like driving a car in the rain with window wipers that didn’t work properly. Sometimes it was hard to see clearly ahead, so I slowed down just as I would have done if I had been driving. It has made the process longer, but it means that I completely honestly can say that my heart, mind, soul and body are in alignment when it comes to this decision. That way I made contact with my inner wisdom and listened to my heart and the final decision was that having a child with the help of donor sperm was the right way for me to build my family.

It was amazing to get my daughter in my arms. My life had forever changed. I didn’t think love could be any bigger, but it grows every single day. I have been a mom for 6 years now, and it’s the best I have ever experienced. 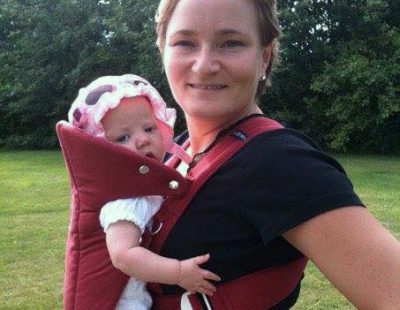 What considerations did you make in relation to using a sperm donor vs. adopting a child?

I was considering adoption, but at the time I didn’t have enough money or a good enough economy to become accepted for adoption. I also wanted to be pregnant and carry my own baby. So, I was quite fast at dismissing the option of adopting.

How did your family and friends react to your choice of becoming a mom alone?

Some people disappeared from my life, others were very happy that I brought my daughter into our family. Especially my dad was a great support in the first 3 years. My daughter was really the love of his life. He visited every day at 3PM and went for a walk with her so that I could get at least one hour of sleep a day in the first year as a mom.

My best friends are supportive. It’s very important to have a good network. Both physically, but also emotionally during times when life is tough.

What considerations did you make when choosing your sperm donor?

Choosing the donor was hard for me. In 2010 it was only legal to use anonymous donors (ed. Non-ID Release Donors) in the public domain. Most women I met, therefore, chose an anonymous sperm donor. Something in my heart told me to open as many doors as possible for my future child, and therefore I chose to get treated in the private domain by a midwife, so I could use non-anonymous donor sperm.

Did you do anything to prepare yourself for becoming pregnant?

After making the decision to become a mother, I focused on getting as healthy as possible. Working as a fitness instructor 10 hours a week, I trained my body to be physically stronger. I stopped drinking alcohol completely in June 2010 and basically did everything I could to become the most optimal environment for the child of my dreams. I have never smoked.

Even before I was pregnant I was aware of what kind of beauty and personal care products I used. Before I became pregnant I also lived healthily, and some might call me a health freak. Among other things, I meditate an hour a day. This way I was in my best condition when I got pregnant.

When I became pregnant, I was very sick with nausea and couldn’t work. Therefore, I moved to my dad’s and lived with him for the first 10 weeks of my daughter’s life. At the same time, I continued to keep myself positive and as healthy as possible, and I continued to work as a spinning instructor up until 5 weeks before termination. It was extremely hard, but I needed the income, and during the spinning training I wasn’t nauseous, so it was ok.

What did you do to prepare yourself for becoming a mom and for getting a child as single?

As a solo mom, it helps a lot to have a good and stable network. Therefore, in the proces of preparing for a baby, I called those close to me and asked them if they would and could support me in how I had chosen to become a mother, and I got their "yes" or "no." We also talked about how they would like to support and help me out, as well as what they did not want to help with (as one of my male friends said: "I will support you in everything, but I just won’t change diapers!").

Some friends offered to go for runs with the baby jogger. A girlfriend offered to stop by and do my grocery shopping once a week. Another friend offered to help me stay in good shape. Others said they simply supported me unconditionally, no matter what I ended up deciding. And yes, I also met people close to me, who chose to say, "No, I cannot and will not support you in this." It hurt a lot. But I had to accept that not everyone could understand my wish to become a solo mom.

Why did you choose to write the book ‘Solo Mom to a Donor Child – The Decision’?

The book was written because I met Anne Patricia Rehlsdorph with whom I wrote the book. We both have a Master in Law – Anne is also an Attorney – and we experienced that we were thinking in the same way and we both had long lists of pros and cons.

When we started our contemplations about having a child while being single, we both lacked references, sparring and information on the subject. This is one of the reasons that we chose to collect and publish our own experiences and research in this book.

The choices and decisions you have to make are personal and a lot might depend on what you hear from others in the same situation. That is why we also include other women’s personal experiences as well as input from professionals. That way we can cover as many different aspects and perspectives as possible.

My biggest motivation for writing this book is that I personally know a lot of women in their late 40s who never had a child even though they always wanted to. Through my work as a coach, I have seen these women go through a grieving process when they had to face the fact that their dream of having a biological child would never come true. Some of them still suffer from this. Some compensate by having a dog, cat, horse or by dedicating themselves to their careers – others are still in denial.

Most of the “good advice” I received, I was unable to use directly. It did, however, indirectly help me become clearer on what was right for me – and I hope that the book can do the same for the readers. 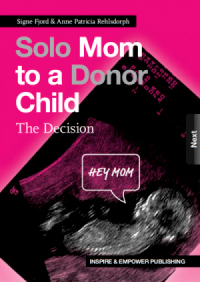