The couple Toyah and Ricardo had just begun their journey towards parenthood when a sperm test revealed that there was a problem with Ricardo’s sperm. In this interview, Toyah tells how she and her husband felt when they realized that they had to use a sperm donor, how they chose the donor, and how they plan to tell the story to their children.

What our donors say
Who are you helping 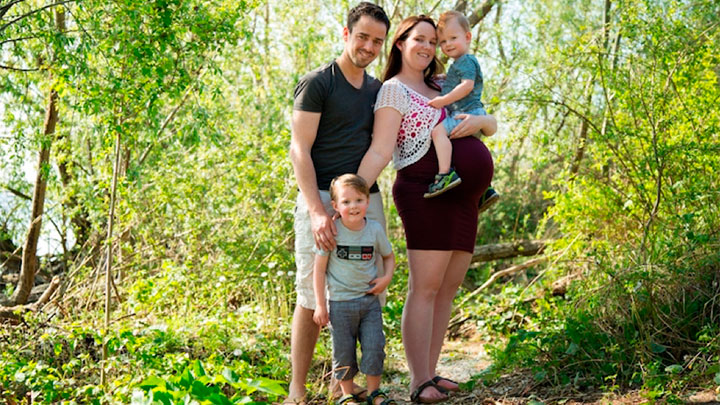 How did you find out that you needed a sperm donor?

“We found out through a sperm quality test. When we had tried to get pregnant for three months, I decided to buy a test so I could see that nothing was wrong, and we could keep trying without stressing about it. However, the test was negative which meant that there were too few sperm cells. My husband then went to the doctor and had his sperm tested twice. The sperm count was 0 both times.

After a few months of tests and operations, we were told that Ricardo had the disease Y deletion which basically means that you are 100% healthy but you cannot produce sperm cells. We were then told that we needed a sperm donor to have children.”

How did you feel when you realized that you had to use a sperm donor?

“Because it was a long journey up until that point, we had already accepted that this would be our path. We were just happy to know that we could still become parents, but with a donor and a little help. At the beginning of the journey, we thought that we could never have children, and that feeling still haunts me sometimes. It was very painful and I’m glad we were able to use Cryos to make our dream come true in the end.”

Did you consider other options to create your family?

“The only other option for us would have been adopted, and that really would have been our last resort. We wanted to try with a donor because that way the children would still be biologically mine instead of from two different biological parents across the world.”

How did you choose your sperm donor?

“We chose a sperm donor who had similar interests and appearance as Ricardo. The donor is athletic, has the same hobbies, and the same eye and hair color. Only the donor’s height is different from Ricardo.”

How was the fertility treatment process?

“Before using a sperm donor, Ricardo had two TESE (testicular sperm extraction) operations, and we had two ICSI cycles that all failed. Afterwards, we did IUI with donor sperm and hormone stimulation. I had one injection every day until the follicle was big enough. I got pregnant with our first son after seven IUI’s. We had three IUI’s to have our second son, and again seven IUI’s for our third son.” 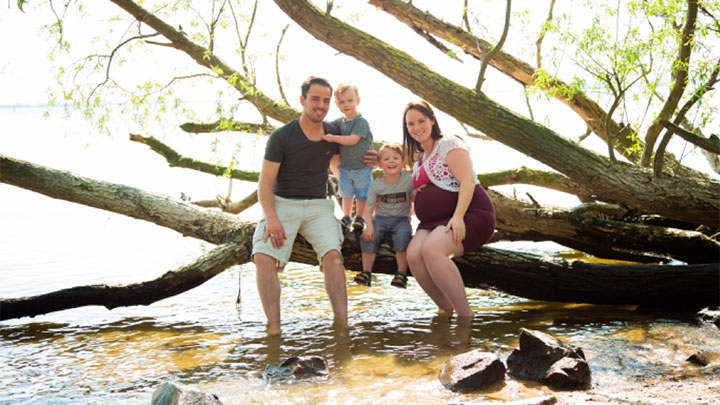 Have you always been open about having used a sperm donor?

“We have always been open about our journey because we would not want to keep something as important as this from our children. The donor helped us, and he gave us the greatest gift – the gift of life – and we want to share that with our children and everyone else.”

Everyone was really happy for us that we were finally pregnant after all those years of trying. Sometimes, our family and friends forget that the children are conceived with the help of a donor because they look so much like Ricardo.”

How is Ricardo’s relation to the children as a father?

“Ricardo’s relationship with our children is very strong. I think that it is because it took so much from us to get them, and we are so happy to have them in our life every day. Ricardo is 100% their father because he has been there from the beginning when they were made and every day since then. They may not look like him on the inside, but they act just like him. DNA is just a piece of the puzzle.”

How will you tell your children that they came into the world with the help of a sperm donor?

“I tell them regularly, but they do not understand it yet. When they are old enough to understand, I will explain how the donor gave us this precious gift and show them the pictures of the treatments and the Cryos tank.”

Do you have any advice for couples, who are considering using a sperm donor as a help to create their family?

“Take your time to find the right donor for you, and make sure you are a 100% happy with the donor that you have chosen.

Also, I would advise others to buy a bulk of straws in one go. The donor might stop donating and that may give you a lot of unnecessary stress. It took us 17 tries to get our three beautiful boys, and we have one precious straw left, which we can use for an IVF in the future – if we choose to have another baby.”

What would you say to the sperm donor, if you met him?

“Thank you for giving us this gift. We are grateful for it every day.”

A big thank you to Toyah and Ricardo for sharing their story about how they got their three beautiful boys with the help of a Cryos sperm donor. If you are interested in becoming a sperm donor, follow the link to read more regarding the process and how to apply. You can also read about the compensation our sperm donors receive for their efforts.