The amount of donor sperm you purchase for home insemination is one of the most important factors when it comes to being successful in getting pregnant. Read below to understand why we recommend two MOT10 (or higher) straws of ICI-ready (unwashed) or IUI-ready (washed) sperm for home insemination.

What is Sperm motility (MOT)?

For example, let’s look at what MOT10 means according to the World Health Organization (WHO) standards. MOT20 means that there are a minimum of 10 million motile sperm in each ml after thawing.

A single MOT10 straw is 0.5ml, so you need two of these to make 1 ml, and it is guaranteed to have between 5 - 9.5 million motile sperm. Follow the link to read more about the meaning of sperm motility (MOT) and its significance.

How Much Sperm is Needed for Home Insemination?

Cryos sperm straws are 0.5 ml each. Two straws will add up to 1 ml of sperm. This will provide you with a minimum of at least 10 million sperm when purchasing two MOT10 straws. Published data suggests that the optimal number of motile sperm needed to achieve a pregnancy is in this range. In our 30 years of experience in helping people get pregnant, we have learned that it is better to have two opportunities to fertilize the egg during your ovulation.

If you want to learn more about the cost of home insemination compared to other fertility treatments, we recommend you to follow the link to our blog post on the subject.

Every woman is different, but two inseminations timed approximately 12 hours apart should cover the most critical fertile window during ovulation. There is only a 12-24 hour window to catch your egg once it drops during ovulation, so timing is key! Learn more about ovulation and how to track it here.

Why Does Home Insemination Need this Much Sperm?

While it is true that it takes only one sperm to get pregnant, keep in mind for each sperm that reaches the egg there are millions of sperm that are unable to make the trip. Vaginal walls tend to be extremely acidic which protects you from potential infections and invaders. During your fertility window, your body actually creates a friendly fluid that helps the sperm to swim towards the egg. But a significant amount of the sperm simply get lost in the cervix.

The sperm that do make it through the cervix and up to the uterus must then avoid your body's natural reaction of releasing white blood cells to fight these pesky "invaders". The remaining sperm swim intensely to try to find the opening to the Fallopian tubes.

This journey is not an easy task and out of the millions of sperm inserted in the home insemination process, only a few make it to the area where the egg is released during ovulation.

Sperm Motility Versus the Likelihood of Getting Pregnant

Therefore higher MOT levels can be used, but usually because it is a personal preference (Cryos has straws ranging from MOT5 - MOT30+) versus a higher chance of pregnancy. 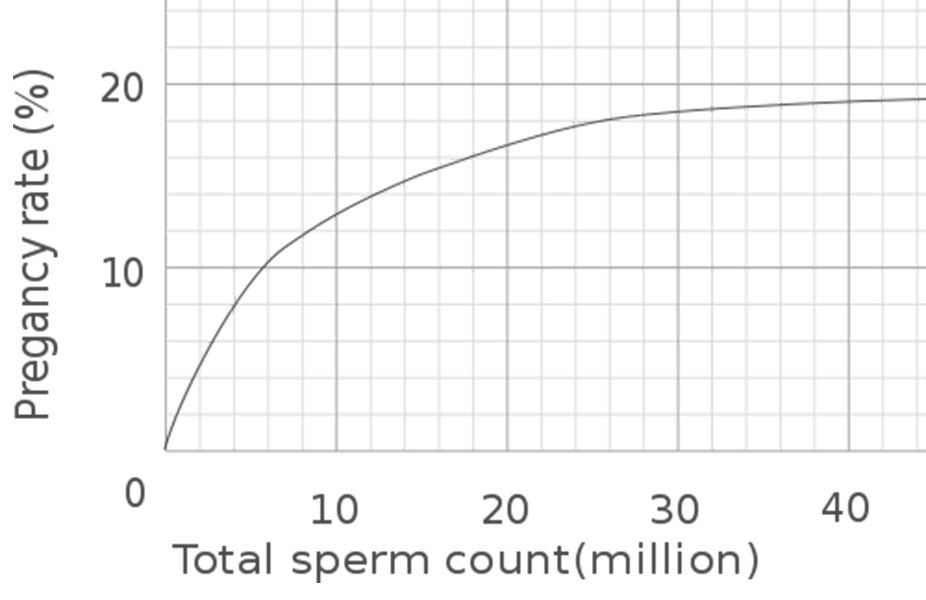 What Other Factors Should I Consider When Planning a Home Insemination?

There are many important factors to take into consideration when doing a home insemination. These include your age, fertility, regular menstrual cycle, and timing. While it may be difficult to control some of these factors, you do have the ability to choose which motility is right for you.

This is why we are the only sperm bank in the US to provide straws according to different MOTs to meet your needs.

If finances are a consideration when you begin to build your family, take into account that you may end up spending more money in the long run if you choose a lower MOT level of sperm than what is recommended.

It may also be more difficult to time your insemination with only 1 straw, which may take more cycles to achieve a positive pregnancy result. This is why we also recommend two MOT10 straws over one MOT20 straw.

Call Cryos at 407-203-1175 to speak with one of our friendly Customer Care Coordinators. They will answer any questions you have about choosing the right donor sperm for your home insemination. A live online chat system is also available during regular operating hours through our website.

We look forward to making your family dreams come true!