ClientBlogShould I Be Worried about My Donor Child Meeting a Sibling?
Donor children

Should I Be Worried about My Donor Child Meeting a Sibling?

As the number of children born from sperm and egg donation increases, the concern for donor children meeting also grows. But is it something you should really worry about? In this blog, Cryos will explain our policy on this matter and help you understand the basic facts.

Should I Worry about Donor Children Meeting?

The truth is there is little reason to be concerned about the random partnering of two donor-conceived children from the same donor. The risk is extremely low, especially if the sperm bank distributes nationally and internationally like Cryos. The risk of donor children meeting by accident is more prevalent when using a known donor who has had several children in the same area. The United States currently has over 330,000,000 people residing in 50 states. So even if one Cryos donor were to have a number of children, say 50 that would equal out to only one child per state.

However, to get a better understanding of the risks, lets learn a little more about inbreeding.

Inbreeding means that the DNA of two parents is too genetically similar. If both parents are carriers of recessive disorders, this may result in a child that is affected by the disorder. This risk is only a few percents higher in comparison to the general population.

The larger problem of inbreeding arises if it continues generation after generation. The longer it continues, the more chances there are for recessive disorders to affect more individuals. This is usually only seen in very small and isolated communities or for instance, in royal families and small religious and tribal communities. With donor children, the chances of this happening are very slim. This is because if they do get together they are only half-siblings genetically and it is only a one-generation issue. 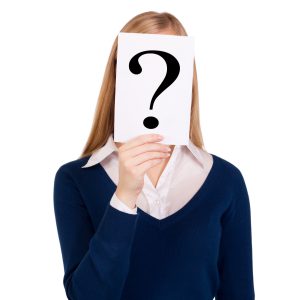 In order to protect the privacy and rights of our donors and clients, we are unable to answer the specific question of how many children have been reported per donor. The reason for that is in the United States people are not required to register their pregnancy with us and many refuse to do so.

Therefore we are unable to know the exact number of children each donor has produced. We do however limit donors once they have 25 reported live births.

Do you have any questions? Cryos would be more than happy to assist you! Contact us to speak with one of our knowledgeable bilingual Customer Care Coordinators by calling us at (407) 203-1175 or email us at [email protected]. We also have a live online chat that you can access on our website.