ProfessionalResearchOur scientific researchAn analysis of the outcome of 11,712 men applying to be sperm donors in Denmark and the USA

An analysis of the outcome of 11,712 men applying to be sperm donors in Denmark and the USA

A novel study conducted by Cryos, and the Cryos External Scientific Advisory Committee (ESAC) investigates the process of donor recruitment and how it works in practice to better understand when and why donor candidates are lost in the process. 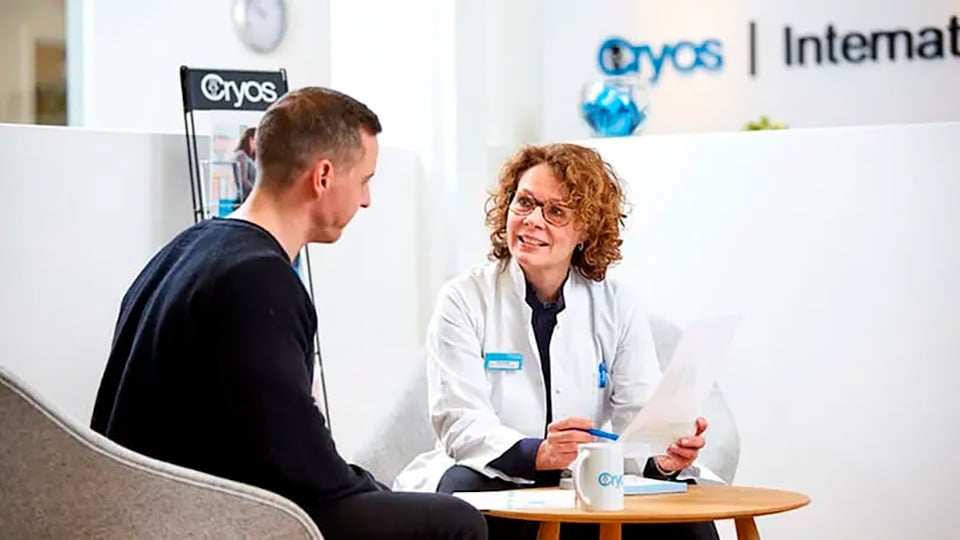 Today, the worldwide need for high quality donor sperm for Medically Assisted Reproduction (MAR) is essentially relying on recruitment of sperm donors. Each year, new donors ought to be recruited to undertake the demand for donor sperm in the growing application of MAR. The wider implications of this study were to gain new knowledge of donor candidates and ultimately increase the number of donors recruited by adding information and support during the recruitment process.

The study explored the anonymized records of 11,712 men who applied to be sperm donors at Cryos International in Denmark and the USA during 2018 and 2019. The goal was to find if the outcome of donor recruitment was influenced by the country in which the recruitment took place or by the initial ID-release choice of applicants.

The key results showed that more applicants were accepted as donors in Denmark than in the USA and those who chose ID release (non-anonymous) were more frequently accepted than those who did not. In Denmark, 6.53% of donor applicants were accepted as donors and their sperm was released for distribution, while this was notably lower in the USA (1.03%). The acceptance of donors was higher in donors who chose to be ID-Release (4.70%) compared to those who choose to be Non-ID Release (anonymous) (3.15%).

Most potential donors were lost in the recruitment process because they did not attend an appointment, failed to respond, withdrew, or did not return a questionnaire (54.91%). Secondly, donors were lost based on reported health issues or failed a screening test (17.41%), that eligibility criteria were not met (11.71%), or semen quality which was not adequate (11.20%). A statistically significant difference between countries and the donor’s initial ID choice were found in each case.

This study presents how challenging the sperm donor recruitment process can be, as only a fraction of the initial applicants was accepted as donors. Successful recruitment of sperm donors is a key goal in keeping up the supply of high-quality donor sperm from Cryos while maintaining the high standards of selection for safety and clinical effectiveness of the donations.